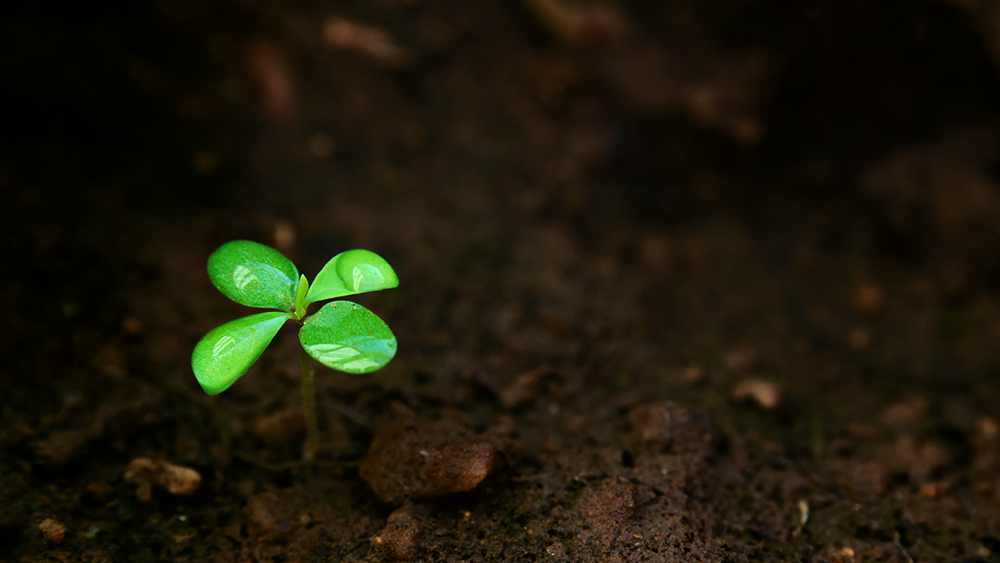 "Although the direct greenhouse gases [carbon dioxide] CO2, [methane] CH4, and [nitrous oxide] N2O occur naturally in the atmosphere, human activities have changed their atmospheric concentrations. From the preindustrial era (i.e., ending about 1750) to 2005, concentrations of these greenhouse gases have increased globally by 36, 148, and 18 percent, respectively (IPCC 2007)."

Emissions have been increasing steadily since the industrial revolution. At the same time we are disrupting the natural processes that would successfully remove carbon dioxide from the atmosphere! Deforestation, industrial farming, landfills, and incineration not only release carbon dioxide into the atmosphere but also hamper nature's ability to reabsorb it.

What can we do?
We can restore the soil

Biological carbon sequestration is the process of removing carbon dioxide from the atmosphere and storing it in nature. Healthy soil, forests, and grasslands are natural carbon sinks, capable of storing enough carbon dioxide to reduce the effects of climate change.

What Are Natural Carbon Sinks?

A carbon sink stores more carbon than it releases.

Natural carbon sinks include oceans, forests, grasslands, and soil. Each of these are able to capture and store significantly more carbon dioxide than they produce. 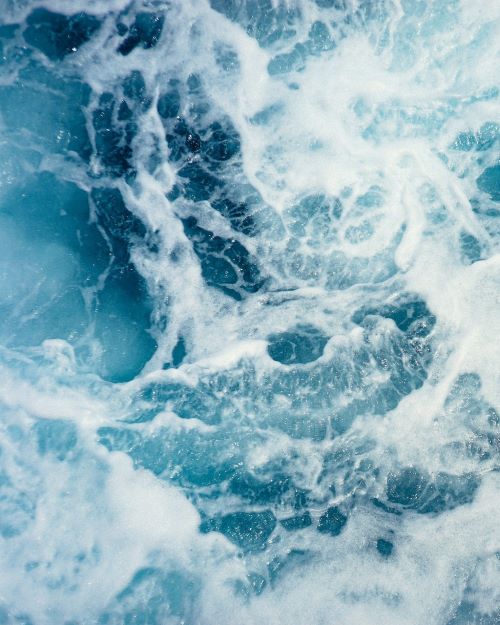 According to NOAA, oceans absorb about 30% of the carbon dioxide that is released into the atmosphere. However, as carbon dioxide emissions increase, so does the amount sequestered in the ocean. Too much carbon dioxide makes the ocean acidic, which is dangerous for plant and animal life. 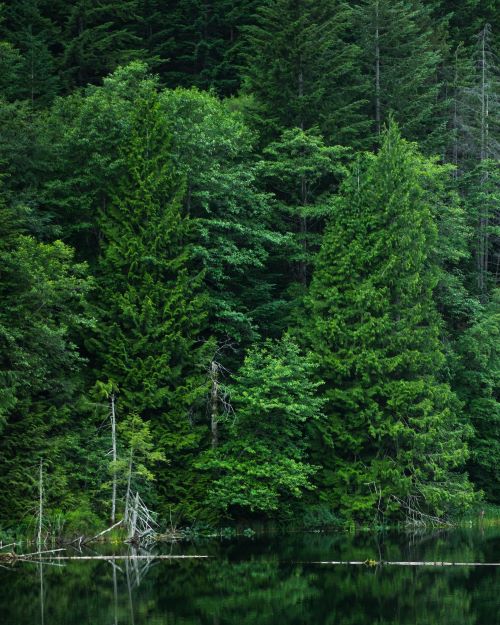 When trees perform photosynthesis, they absorb carbon dioxide from the atmosphere. Trees convert carbon dioxide into sugars, which they then use to build wood, branches, and roots. Because wood is made entirely from carbon, forests can accumulate carbon over centuries!

When leaves and branches decompose (or the trees die), the decomposition process releases some stored carbon into the atmosphere and transfers the rest to the soil. 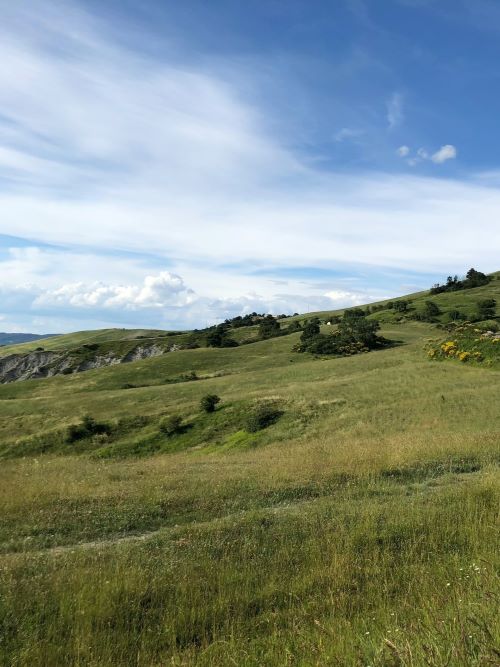 Grasslands are often overlooked as an important carbon sink. They sequester most of their carbon underground, in roots and the soil.

Although grasslands do not store as much carbon as forests, they are more resilient to wildfires. When grasslands burn, the majority of the stored carbon remains safely underground. 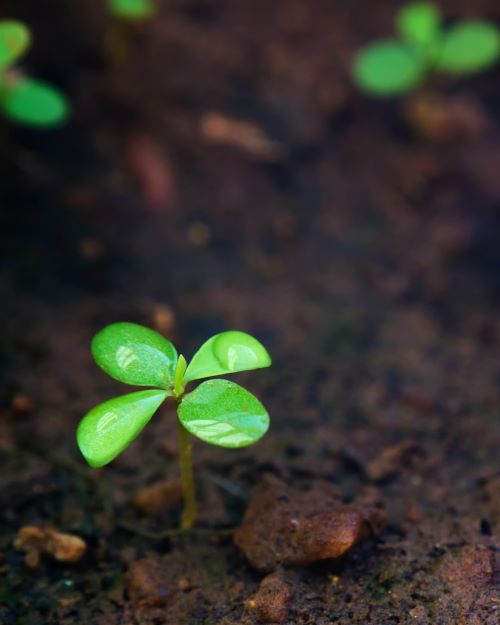 Soils store the carbon captured by plants during photosynthesis. Here, it can be stored for decades.

Healthy soil has the capability to sequester enough carbon to reduce the effects of climate change. Unfortunately, modern agricultural methods, such as tilling and the use of pesticides, destroy the soil's ability to store carbon. But there is a way to improve soil health - regenerative agriculture and the use of compost can restore it!

Such practices, which include no till, the use of cover crops, and applying compost, keep soil covered and the carbon contained. With this approach, we can store more carbon and mitigate the effects of climate change.

All types of farming sequester carbon from the air through photosynthesis. Regenerative agriculture also minimizes the amount of carbon that is released, keeping it stored in the soil.

“[…] the holistic principles behind the dynamic system of regenerative agriculture are meant to restore soil and ecosystem health, address inequity, and leave our land, waters, and climate in better shape for future generations."
- Regenerative Agriculture 101, NRDC 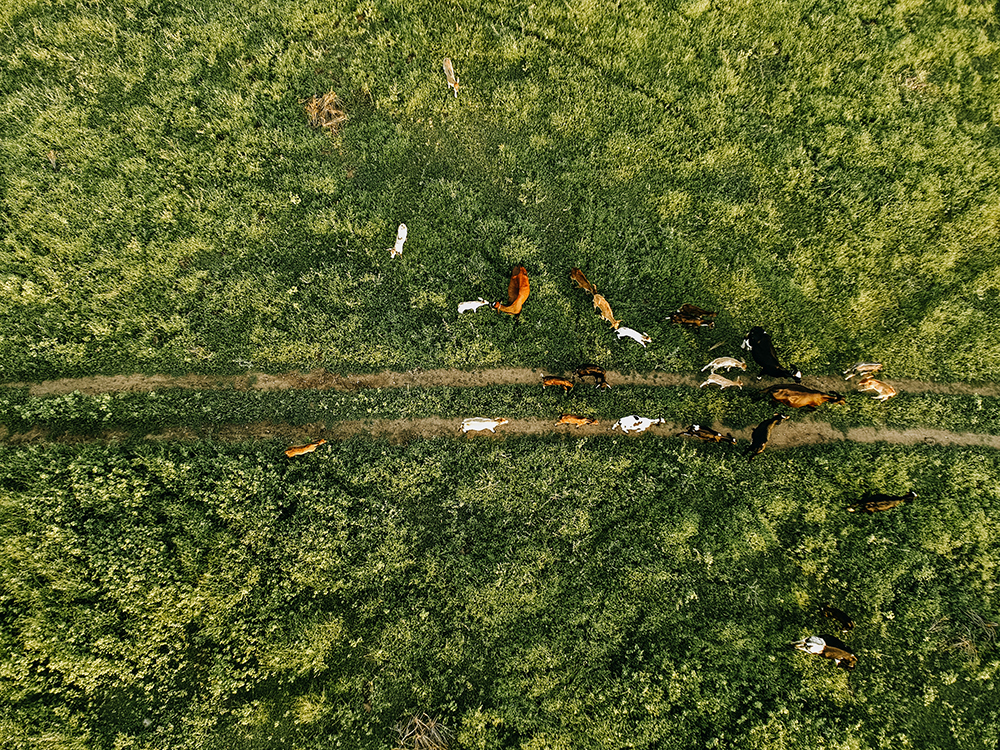 The composting process needs a healthy 3:1 ratio of carbon and nitrogen sources. Good carbon sources ( the “browns” in your compost pile) include dead leaves, wood chips, and even compostable packaging. Microbes and bacteria convert that carbon and nitrogen into sugars that plants can use.

The natural decomposition process produces emissions and composting is no exception. The major difference is that the concentration of emissions produced by composting are considerably lower than the same waste in a landfill environment. 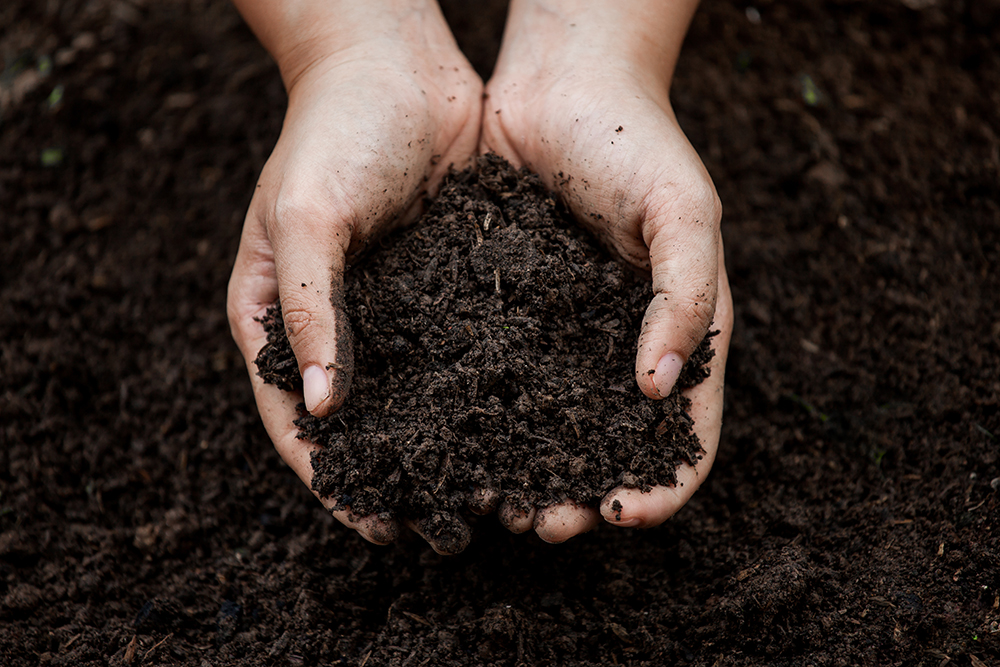 “Compost is most well-known for its contribution to healthy and resilient plant growth. It has a number of complementary benefits to plant growth, among them that it balances soil density, adds and retains nutrients, and discourages disease, pests and weeds.”

Regenerative farming and the use of compost can improve soil health and restore natural carbon sinks. Compost, and increasing access to composting, is crucial in our effort to re-enrich the soil and reduce the effects of climate change!