What is Carbon Sequestration?

Carbon sequestration is the process of capturing and storing carbon in order to reduce the amount of carbon dioxide in the earth's atmosphere. Trees and plants naturally sequester carbon via photosynthesis.

Carbon is the basic building block of all organic matter! Carbon dioxide is a carbon compound produced through naturally occurring events such as decomposing organic matter. It is also produced by human activity through processes such as burning coal, oil, and natural gas for energy production.

Carbon dioxide makes up around 0.04% of the Earth's atmosphere. At low levels, carbon dioxide and other natural gasses in the atmosphere, called greenhouse gasses, trap enough heat to keep Earth’s average temperature in the right range to support life. However, since the Industrial Revolution, the burning of fossil fuels, rapidly increased production, and other human activities have caused an ever-growing increase in the amount of carbon dioxide emitted into the atmosphere. As levels of carbon dioxide continue to rise, more and more heat is being trapped in the atmosphere creating a “greenhouse effect”. This increase in trapped heat is raising the Earth’s average temperature - having a devastating effect on natural ecosystems.

Increased emissions, deforestation, and intensive farming methods have increased the levels of carbon dioxide in the atmosphere while simultaneously reducing the amount that can be stored safely. Deforestation releases naturally sequestered carbon. Then, because the trees have been removed, they are no longer available to capture and store carbon from the atmosphere.

How Does Carbon Sequestration Work?

There are a few different methods for capturing and storing carbon.

Biological carbon sequestration is when carbon dioxide is stored in vegetation (such as grasslands and forests), soils, and oceans. It is the most efficient and natural way to capture and store carbon. Forests and soil can absorb and hold significant amounts of carbon dioxide!

Geological carbon sequestration is when carbon dioxide is stored in geologic structures (rocks) underground. Carbon dioxide can be captured from industrial sources (such as production or power plants), compressed, transported, and injected into porous rocks for long term storage.

Scientists are developing new and emerging ways to capture carbon dioxide and either store it or use it to manufacture fuels and building materials. 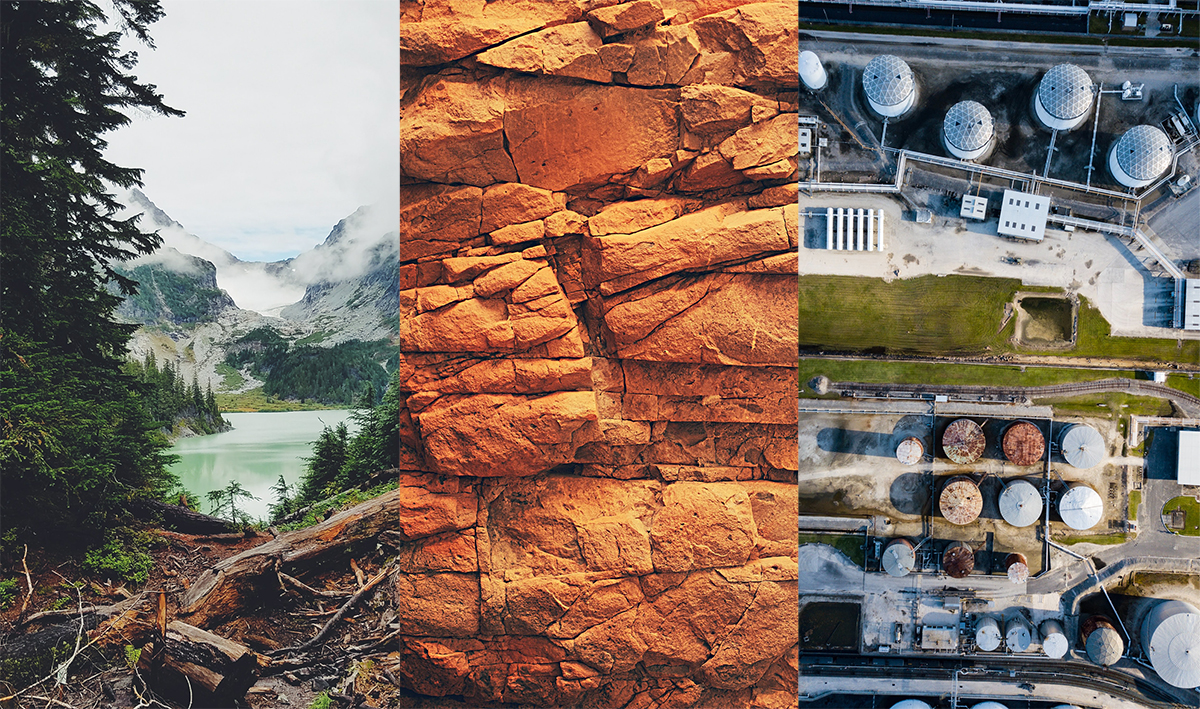 What Are the Benefits of Carbon Sequestration?

Effectively reducing the amount of carbon dioxide in the atmosphere can lead to a decrease in average global temperature, thus reducing the effects of climate change.

Soil carbon sequestration also improves soil health. Degraded soil can be restored, increasing yield and profitability for farmers. Soils become more resilient to both drought and heavy rainfall. Healthy soils need lower levels of fertilizer and pest control, both of which have significant negative impacts on the environment (especially our fresh water sources).

This method of farming is called Regenerative Agriculture.

Plants absorb carbon dioxide from the atmosphere through photosynthesis and turn it into carbohydrate molecules. These molecules are expelled from the roots and feed microorganisms in the soil. Bacteria and fungi microorganisms create nutrients from the molecules that feed plants.

During this process carbon dioxide is turned into a more stable material that is then stored in the soil. The healthier the soil, the more carbon it is able to hold.

Scientists at the University of California, Davis, found that adding cover crops and compost to farm soil increases the amount of carbon stored in the soil.

“When both compost and cover crops were added in the organic-certified system, soil carbon content increased 12.6 percent over the length of the study, or about 0.7 percent annually.”

- Compost Key to Sequestering Carbon in the Soil, UC Davis

Carbon sequestration is not an excuse to continue with high levels of emissions. By reducing emissions, restoring natural habitats, and using regenerative farming practices we can effectively lower the levels of carbon dioxide in the atmosphere.